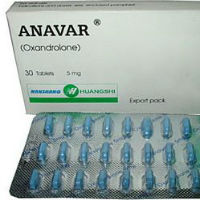 Anavar is a type of prescription steroid that can be prescribed for several different reasons. Though it is not legal to use this drug for bodybuilding reasons in the United States, this has not stopped many people within this community from using it to try to build their muscles and shrink their body fat levels.

Where to Find Anavar

The official website for Anavar provides a great deal of information about this drug, including the trade names under which it is sold, including Lonavar, Lipidex, Anatrophill, Oxandrolone SPA, and Vasorome. It is Oxandrolone that is the generic name for this medication.

Within the steroid drug category, Anavar is considered to be one of the milder options. It is, however, prescribed in higher doses for certain conditions. It is not recommended that this drug be taken for body building purposes as there are many side effects associated with this medication.

Though they may be considered worthwhile if the drug is treating a serious medical condition, they could be very hazardous for a person’s health if the only goal is body building.

Among the potential side effects of Anavar are:

Despite the risk of side effects and that it is not a legal drug in the United States, bodybuilders continue to use Anavar in the US and around the world. Many bodybuilders – particularly women – like that it is a milder steroid and is therefore less associated with fatal side effects that are connected with the more powerful steroids in the prescription marketplace.

This has caused a number of websites to illegally sell Anavar online – or to sell products labeled as Anavar that contain something else. It is often marketed as a legal alternative to the prescription steroid, though that is not what this medication actually is. No licensed doctor in the U.S. currently prescribes this medication. This means that any supplies that fill the orders are either something else altogether, or they are coming from other countries, including Argentina, Brazil, France, and Japan. Anavar is not the exact same thing as Anavar, so care should be taken to avoid mistaking the two.

Even mild doses can bring about side effects in the body with steroid use. Though muscle mass and density may rise, weight will, as well. Misusing this drug or any other anabolic steroid can place your life at risk.  It can lead to dangerous side effects such as heart disease or heart attack, stroke, mental and mood problems, liver disease, and abnormal drug-seeking behaviors. Teens can experience improper bone growth that will affect them for the rest of their lives.

It’s also important to note that this is a drug that can lead to addiction.  Addiction is more common when a drug is misused or abused.  It will also lead to any of a spectrum of withdrawal symptoms when the drug is ceased.  The withdrawal symptoms associated with this medication include (but aren’t limited to):

Unfortunately, these withdrawal symptoms are not short-lived.  Once a person is addicted to this drug, the symptoms they feel can last from weeks to months if they try to stop taking it.  It is exceptionally important to avoid misusing this medication as the negative outcomes can be lasting.

If you were hoping to use a medication such as Anavar for mild steroid benefits, it’s always a better idea to speak with a doctor than to try to obtain this medication illegally.  There are many other options available both as prescription drugs and over the counter alternative products.  Discussing your goals and expectations, as well as your fitness strategy, diet and medical history with your doctor can help you to work together to find the ideal option for what you are seeking to achieve.

Your doctor can also help you to avoid certain options that may appear to be safe but that aren’t appropriate for you.  This way, you can feel confident that you will move forward toward your goal without exposing yourself to risks that are completely unnecessary.