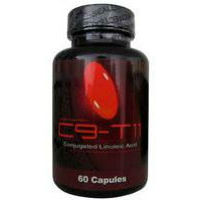 For bodybuilders who are looking to gain mass quickly and easily, one of the products being marketed to make that happen is C9-T11. This pill is manufactured by Applied Nutritional Research. That is a company that produces a broad range of different sports supplements. Overall, what this product promises to be able to do is to help a bodybuilder to boost muscle mass by 700 percent in a period of only seven weeks. In that same period of time, it promises to help to grow biceps by up to nine times their original size.

The product has had some very strategic and coveted advertising placements, such as on CNN, NBC, WebMD, Time, and a number of health and body building magazines. It appears to be marketed only to male bodybuilders, though it doesn’t specifically say that it cannot be used by women.

Although products in this category are notorious for being dangerous to use, this one promises to help to achieve positive results while being entirely 100 percent safe. Instead of being based on very questionable ingredients, it is centered around conjugated linoleic acid (CLA). The manufacturers of the product state that this ingredient has an “anabolic muscle building effect” . It is said to work by synthesizing muscle tissue from where the body currently has fat deposits.

How Are These Supplements Used?

The C9-T11 pills are meant to be used in place of a typical high protein diet plan. That said, users should continue their weight lifting programs on a regular basis in order to encourage the muscles to actually grow.

What Are the C9-T11 Ingredients?

The official website lists the ingredients as vitamin C, phosphatidylserine, and CLA complex (of 72 percent CLA). The quantities of each ingredient are clearly listed on the website to show how much the product contains.

Vitamin C is a nutrient and an antioxidant. It is not associated with bodybuilding but is important for overall health. That said, a typical multivitamin contains 5 to 10 times the amount of vitamin C included in this formula. Phosphatidylserine is a phospholipid component that is commonly included in sports supplements because it is believed that it may help to reduce muscle damage for athletes

Is It Worth It?

Overall, it doesn’t sound as though this product is dangerous when used properly, and the price is competitive at $37. While it may have some benefit in helping bodybuilders to boost their muscle mass, it is unlikely that it will live up to the 700 percent increase promise.

As of October 2019, the C9-T11 fitness aid doesn’t appear to be available any longer.  For a while, there was an updated version of this supplement being marketed.  It was called C9-T11 2.0.  The claims for this product were extremely similar to those of the original version, only that it was improved and enhanced.

That said, that second version of the supplement also seems to have been discontinued as it is no longer being sold on an official website or by reputable retailers online.  There was an instance of a bottle being sold on eBay at the time this review was updated, however, the seller did not indicate the expiry date of the product, so it could be that this was merely one of the last bottles ever produced, which may or may not still be fresh.

This fitness pill seems to have gone out of its way to build hype, and did successfully generate some noise about itself.  Still, it doesn’t appear that all that marketing was enough to make people see the value in a product with ingredients that, in and of themselves, didn’t do much to stand out in the market.

How to Find an Alternative

If you had been looking for either version of C9-T11, it’s likely not a good idea to purchase one anymore as there is no guarantee that it is still fresh.  Instead, enjoy the fact that fitness supplements represent a very large market space with ample options available to you.  If you need more guidance regarding the right option for you, don’t hesitate to speak with your doctor.

Be sure to look for a product that is developed and sold by a reputable company and that includes features such as:

With this and your doctor’s advice, you’ll have most of what you need to make the right choice for your best C9-T11 supplement alternative.