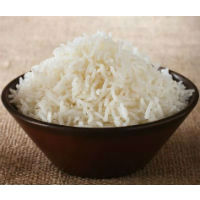 Rice protein is a form of the macronutrient that is extracted from rice that has been specially treated with enzymes and is used either on its own or as an ingredient in a larger formula. It is different from animal based and milk proteins as it can be used by people who are vegan or vegetarian without any dietary conflicts.

The actual taste of rice protein isn’t necessarily pleasant, on its own. Many people find it to be bitter or chalky. However unpleasant it may be, it is also quote mild, so it becomes easy to cover up, particularly when it is combined with something with a powerful flavor of its own. Fruit flavor can be more than enough to cover up the natural taste of rice protein, so that they can be combined to make a beneficial fruit protein smoothie.

When compared with whey protein, which is considered to be nutrient and protein dense, rice protein has a lower impact on nutrition and a lower protein level. Though this ingredient does have its benefits, in terms of a meal replacement product, the user would likely be better off using a soy protein if he or she is vegetarian or vegan.

That said, there are many different types of rice protein and they all have their own unique nutritional balances and overall benefits. Many people particularly like products based on brown rice because they are under the impression that it is more nutritious than the white varieties. Moreover, there are also both organic and non-organic varieties that have their own advantages and disadvantages.

Overall, the primary drawback that users identify about using rice protein is the texture (after the taste, which can be covered up when it is combined with something else). Though some people don’t mind the texture, others don’t like that it is thicker and grainier than proteins based on other sources.

Common uses for this ingredient include shakes, smoothes, and even in baking. While some people enjoy it and find that it tastes somewhat like plain rice pudding, others find that the flavor and texture are off-putting.

Though it is frequently taken by bodybuilders, dieters also sometimes use this ingredient to help to keep hunger pangs under control. The primary issue in this strategy is in making certain that the right quantities are used, as it is easy to consume too much and to work against one’s own weight loss efforts.