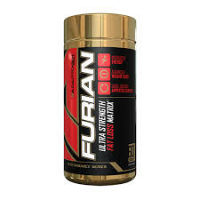 Adaptogen Science Furian is a nonprescription weight loss pill that has been created in order to offer a wide spectrum of different advantages to dieters who are struggling to lose weight. Among the benefits promised by the manufacturer are appetite suppression, blood sugar level balancing, long lasting energy, and overall dieting assistance.

Despite the fact that Adaptogen Science Furian has been designed to be a fat burner, it has managed to differentiate itself from many other products on the market by saying that it accomplishes this goal without containing any “unsafe stimulants and excessive caffeine.” That said, when examining the ingredients list that will be provided within this review, it is a good idea to keep that statement in mind, in order to help you to determine whether or not you will feel that the rest of the statements from the manufacturer of this product can be trusted.

According to the Adaptogen Science website’s page for this diet pill, at the time of the writing of this review, the ingredients in this product were: citrus aurantium (Avantra Z), coffee bean extract, N-acetyl-tyrosine, dendrobium extract, coleus forskholii, 7-keto DHEA, yohimbe extract, higenamine, and caffeine.

There are at least four ingredients containing powerful stimulants on that list, including the first one, Avantra Z. Avantra Z is made of citrus aurantium which contains synephrine. Synephrine is a very powerful stimulant that has been associated with a range of side effects, some of which are quite strong. In fact, it can be hazardous enough to the health of dieters that the FDA has released a warning advising against its use by dieters.

That agency also added that synephrine is particularly dangerous when combined with the use of caffeine, another stimulant. As there are at least two ingredients that contain caffeine (coffee bean extract and yohimbe extract), and the formula contains caffeine, itself, it is very clear that this product contains both of those ingredients that – according to the FDA – are not necessarily safe to combine and that could increase the risk of stroke and heart attack.

After seeing the ingredients list in the Adaptogen Science Furian formula and comparing that to the statement by the manufacturer about stimulants, it makes it difficult to take the claims about this product seriously. Indeed, it is likely to function as a fat burner because of its powerful stimulant content, but it will also cause many dieters to experience unwanted side effects and it will increase the risk of some serious health problems in certain people.