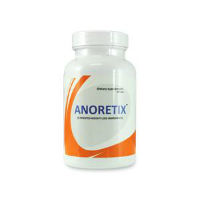 Anoretix is an over the counter diet supplement that has its own official website that explains what customers should expect from its use. That said, the promises that are made by the manufacturers on this site are extremely powerful, to the point that the product would nearly need to have miraculous powers in order to achieve the claimed results. It systematically describes this pill as being able to let a dieter overcome all of his or her struggles with weight loss.

To understand whether or not Anoretix can actually live up to these astronomical claims, some research both on and off the official website was required. The primary claims that are made on the official site say that this diet pill is “so powerful that it would exceed your expectations of a stimulant free diet pill!” It also goes on to say that taking this product will reduce hunger pangs, reduce fat absorption from consumed food, boost energy levels, and enhance the overall quality of digestion. This list would require the pills to be able to alter a broad spectrum of functions within the body. This also means that this specific diet pill would fall into several different categories, instead of just one or two. If it is indeed able to live up to those promises, that would suggest that this is the most powerful and effective pill that has ever been sold for weight loss.

Unfortunately, while there are many strong claims on the Anoretix website, there isn’t very much information to back any of them up. In fact, the website provides next to no information with which a dieter could educate him or herself before using this product. At no point were any studies or trials described or cited in order to suggest that the ingredients or the formula as a whole was either safe or effective. This isn’t a good sign, as most companies that have scientific evidence to back up their claims will usually refer to that research in order to show customers that they aren’t just making empty promises.

At the time that this review was written, the official website for this product listed the ingredients as being: chromium, 7-Keto, and tonalin. The website pointed out that for tonalin, there was a “2010” study in which “researchers” had discovered that dieters supplementing that substance were able to lose weight within a period of one month. However, the “researchers” were not identified, nor were the methods that they used. No reference or link to any journal was mentioned. This means that it is impossible to know how the research was conducted and by whom, and customers can’t check the outcome of the study for themselves.