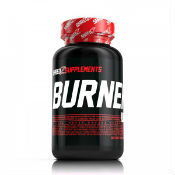 Shredz Fat Burner is an over the counter pill that was created by a company called Beyond Genetics Supplements. It has been designed with bodybuilders in mind, though dieters also use this product in order to increase their metabolic rate so that a larger number of calories can be burned throughout a workout – particularly with cardio exercise – than would be possible with exercise alone.

This product claims to be able to help you to lose your “love handles” and to be able to build the ab muscles that are behind that fat. To do this, it has created a formula with a strikingly high number of ingredients. At the time that this review was written, each pill serving contained 100 mg of choline, 20 mg of vitamin B5, and a proprietary blend that consisted of 974 mg of the following: Caffeine Anhydrous, Cocoa (Theobroma cacao) (Bean) Extracted for Theobromine, Cayenne Pepper (Capsicum annum) (fruit), Green Tea (Camellia sinensis) (Leaf),Polyphenols, Alpha Lipoic Acid, Acetyl-L-Carntine, Yohimbe Extract (Pausinystalia) (Bark), Guggul Lipid Extract (Commiphora mukul) (Gum), Dendronium (Dendronium nobile) (stem), Higenamine HCl, Synephrine HCl.

When looking at this list, it is very clear that Shredz Fat Burner is based primarily on stimulants. This means that many users will experience side effects of varying natures and severity. Most common are sleep struggles, shakiness and trembling, anxiety, increased heart rate, increased blood pressure, and headache, among others.

That said, stimulants are known fat burners, as are certain hot pepper based ingredients such as the cayenne pepper. At the same time, though, there is such a long list of stimulants, as there were five ingredients that included stimulants within this list, that it is likely that the side effects will overpower any benefits that they could provide. Moreover, it a red flag also raises when synephrine is found in any product. This stimulant became popular when the FDA banned ephedra. Synephrine, however, has a number of similarities to ephedra and the FDA has also released a warning to consumers about the types of powerful side effects that it can produce.

As this ingredient can be dangerous for some users, it would be very difficult to be able to recommend this product, in general. It is highly recommended that a doctor be consulted before starting the use of Shredz Fat Burner, as it should not be considered safe for all bodybuilders or dieters who are trying to burn away excess fat.