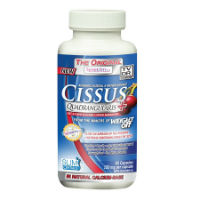 Synetrim CQ is a nonprescription weight loss supplement that is based on a single ingredient that the manufacturer refers to as “the Original Cissus Quadrangularis”. The brand is one that has been established by NuvoCare Health Sciences Inc.

As that nickname suggests, the product is based on cissus quadrangularis. That is a natural plant that is native to West Africa and that is a member of the grape family. It is found in a large number of different diet pills and is advertised as being a substance that will block calorie absorption in the body by blocking carbs and fats by inhibiting the activity of certain enzymes that are integral to the digestive process.

Though the Synetrim CQ official webpage on the manufacturer’s website suggested that there was published research that indicated that this product was proven to work, oddly, it had not actually cited either of the two studies or given any indication of how they were conducted, who conducted them, or where they were published. This is quite disappointing and does suggest that there is something about the research that is not being said, for example, that it may have been very small and preliminary, or that it was conducted by a company that was paid by NuvoCare Health Sciences, and was not an objective organization. Without actually citing the study, it would be impossible to know the truth of the matter.

Also interesting is that the webpage also went on to describe research that it says was conducted on another one of the brand’s products, Super Citrimax. That ingredient was not included in the Synetrim CQ formula and it was also not referenced.

Other than that, very little information provided by the official webpage for this product. It did indicate that there was 150 mg of cissus quadrangularis and it provided the directions for use, which stated that 1 capsule should be taken fifteen to twenty minutes before each of the two largest meals of the day. It must be taken on an empty stomach with a full glass of water. Interestingly, the directions also recommend that this product be taken with one of a long list of other supplements in order to provide “further weight-loss results”, which suggests that if it is used on its own, it may not be as strong as other diet pills.

As a good part of the information for this product was actually marketing for other products by the same brand, it is difficult to obtain any valuable and trustworthy information about it and is, therefore, quite difficult to recommend.