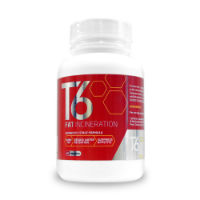 T6 Fat Incinerator is a nonprescription weight loss supplement that comes in the form of a tablet and that doesn’t appear to have an official website of its own. That said, they are sold on some major online marketplaces. Their name is both unique and interesting, but it is important to look into whether it is all noise and no action before making a purchase.

As the name would suggest, T6 Fat Incinerator is a pill that is designed to help with weight loss through fat burning. Unfortunately, a full ingredients list could not be located at the time of this review, so it is not possible to tell whether or not it is as powerful as its name would lead a dieter to believe.

Further to a lack of ingredients, at the time of this review, there were no scientific studies or clinical trials that could be found that were conducted on this product. Therefore, it is not possible for the dieter considering this product to be able to determine whether or not it is safe and effective either as a whole or based on its individual ingredients.

Without an official website it is difficult to know how the manufacturer claims that these tablets will produce faster and easier weight loss. When examining the descriptions provided by third party retailers, it seems to suggest that the fat burning effect is the result of thermogenics. This is the process in which the ingredients cause the body temperature to increase. This requires more of the body’s energy, meaning that it burns either calories consumed in food or stored fat in order to produce this raised temperature. Since more calories are burned in the form of heat, when the dieter increases his or her activity level, it means that the potential for fat burning can considerably increase. At least, that is the theory, assuming that the ingredients in this product can actually produce that effect.

By comparing the information available on third party retailer websites, it is possible that the ingredients in T6 Fat Incinerator include: caffeine, capsicum, bitter orange peel, cocoa extract, acai extract and N-Methyltyramine. This makes it possible that some added fat burning could occur, as caffeine, capsicum and bitter orange peel are all known to produce this effect. It should also be pointed out that if these are actually the ingredients in the product, then it is likely that a doctor would advise against its use as bitter orange peel includes synephrine (a substance about which the FDA has issued a warning) and because it is very high in stimulant containing ingredients, which increases the chances that many users will experience unwanted side effects.